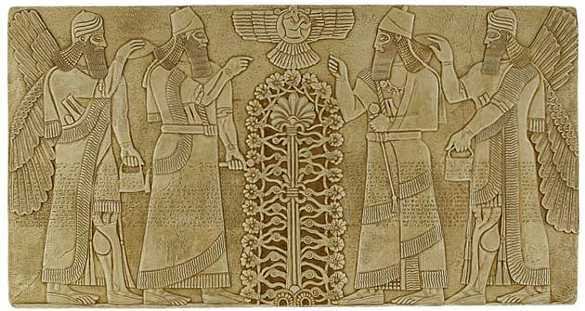 In recent years, many scientists and archeologists are beginning to question if the biblical stories might have originated from the Sumerian creation myths. It started with an Ancient Alien theory inspired by the work of Zacharia Sitchen and many other linguists who translated the Sumerian myth into modern-day language.

For those who are not aware of the Sumerian creation myth, here is one version of the translation. Although there are many translations, they all seem to agree on one thing; the creation of humans to be slaves to the Annunaki, an ancient alien race from Niburu or Plane X, as known by astronomers. 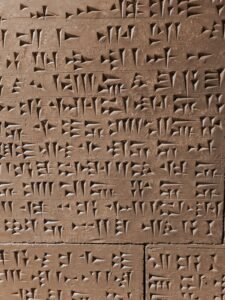 Earth at the time was colonized by a group of celestial beings who the Sumerians called the Annunaki (Literal translation means From Heaven to Earth Come. Also referred to as the Watchers in some myths). To the Sumerians, they were considered gods. Depending on the translation, the Annunaki are described as tall human-like beings while other translations describe them as reptilian beings. These beings colonized Earth for its abundance of Gold.

They came to Earth to mine Gold to repair their planet’s atmosphere. Cooling of their planet’s core reduced geothermal activity which caused their ozone layer to degrade. Without their ozone layer, the radiation from their sun would cause environmental destruction. They found that they could suspend micro gold particles in their atmosphere to deflect radiation and save their planet from climate catastrophe. One of the properties of gold is that it can protect against solar radiation which is why thin films of gold have been used to cover modern-day space crafts to protect astronauts from solar radiation.

In the mining of the gold, it is written that the Annunaki decided to create a new race of humanoids from the indigenous life forms that existed on Earth, at the time. After several unsuccessful attempts, they were able to create a race of humanoids they named the Adamu (Adam). It was a combination of their own genetic sequence with primates indigenous to Earth. They created an intelligent, hardy, and obedient life form to do the labor for them and mine the gold they needed for their planet. Gold became part of the genetic memory of the Adamu. Hence, over thousands of years, gold still holds value because of it’s many useful properties.

From the Adamu, they created a female version to procreate. They wanted a race that could reproduce quickly so that they could have a large labor force. It is interesting to point out that the location where the Adamu was created and the female counterpart was named Eridu (Eden) which at the time was described in the Sumerian tablets as the lushest and most beautiful land in the world.

Of the Annunaki that colonized the Earth, there were An, Enlil, Enki, and Ninhursanga. These were the leaders of the Annunaki Race and were considered gods from the perspective of the Adamu. Over thousands of years, the Adamu became more independent and empowered due to their numbers. They began to break away from the Annunaki and some became rebellious as the concept of independent thinking developed. To regain control over the social development of the Adamu, the Annunaki shared knowledge of the universe and taught them language, writing, astronomy, art, architecture, farming, and mystical arts. Feeling more empowered and grateful for this knowledge, the Adamu built cities and temples in honor of their gods.

It is said that some Annunaki took women of the Adamu and had children of their own. These children were called Nephelim. They were giants who were often deformed and destructive. I should note here that the biblical Nephelim were also described as giants. Years of interbreeding created offspring that were hard to control. At the same time, widespread corruption, and dissidence among the Adamu increased. For this reason, the Annunaki created a flood or deluge to cleanse the world and restart society. Something that also mirrors the great flood that is described in the Bible. The Sumerian creation myth also tells of a handful of the Adamu who were instructed to build a boat, gather the available genetic material of the planet and wait out the flood; again mirroring the story of Noah and the flood.

If you read the entire epic, there are many more instances where this creation myth mirrors biblical texts. As more scientific and archeological discoveries are made concerning our knowledge of the universe and Earth’s history, there is stronger evidence that the Sumerians knew about the cosmos and Earth’s history thousands of years before our current civilization.